Through a series of interlinked geodesic domes, you can travel through the atmosphere in each separate pod which recreates the air quality, smell and temperature of five major cities – Tautra, London, Beijing, São Paulo and New Delhi.

Each dome contains a carefully mixed recipe that safely emulates the excessive quantities of ozone, particulate matter, nitrogen dioxide, sulphur dioxide and carbon monoxide that pollute these cities. As you pass through the five cells, moving from dry and cold locations to hot and humid, for a few minutes at a time you will experience, at no risk to your health, the sensation of breathing toxic air that is a daily reality for millions of people.

“In the Pollution Pods, I have tried to distil the whole bodily sense of being in each place,” says artist Michael Pinsky. “For instance, being in São Paulo seems like a sanctuary compared to New Delhi, until your eyes start to water from the sensation of ethanol, whilst Tautra is unlike any air you’ll have ever breathed before, it is so pure.”

A walk through the Pollution Pods reminds us our world is interconnected and interdependent and the price of the western world’s need for ever cheaper goods is the ill-health of our planet as a whole. In this installation you can feel, taste and smell the environments that are the norm for a huge swathe of the world’s population.

Michael Pinsky’s work has been experienced by more than 20,000 people since it was launched last year at the Starmus Festival in Norway. Climate activist Greta Thunberg and a host of world leaders who gathered for the UN Climate Action Summit in September also had a taste of the toxic air pollution when they visited Michael Pinsky’s Pollution Pods in New York.

Pollution Pods will be on Brownsea Island from Friday 25 to Tuesday 29 October in a collaboration between Activate, producers of Inside Out Dorset, the county’s biennial outdoor arts festival, and Cape Farewell, the artist-led organisation that uses culture to change how people think about climate change, and is supported by the National Trust.

To plan your visit see www.nationaltrust.org.uk/brownseaisland

Supplementary to Pollution Pods will be a discussion event at Lighthouse, Poole.

Getting to the event 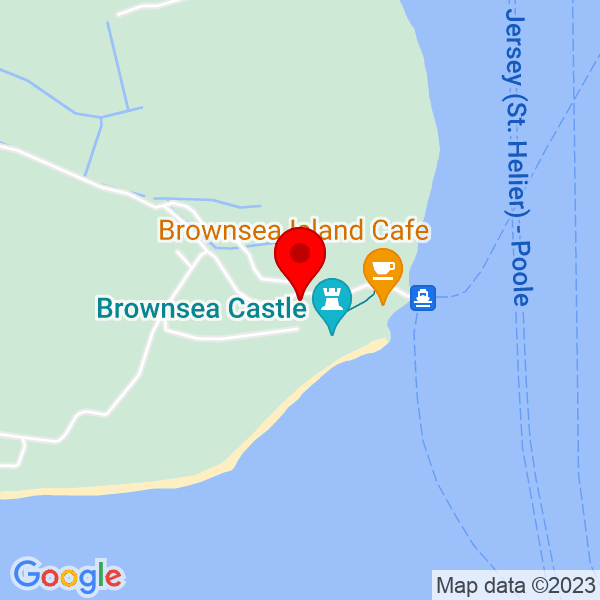 Please note that it’s not possible to bring bikes to the island. Cycle racks are available at Poole Quay and Sandbanks Jetty. National Cycle Network Route 25 runs from Blandford Forum to Bournemouth, via Wimborne Minster and on to Poole Quay, along on-road and traffic-free sections. National Cycle Network Route 2 runs all the way from Hengistbury Head, along Bournemouth Promenade, which is traffic-free, and on to Sandbanks. Please note restrictions apply along the promenade between 10am and 7pm from mid-June to mid-Sept. For more information visit Bournemouth Tourist Information

Parking: Parking Poole: follow signs to visitor quayside car park, where you can use pedestrian signage to locate the quay. Sandbanks: there is limited metered road parking available on the peninsular leading up to the ferry and a large Sandbanks beach car park ten minutes walk from the Sandbanks jetty where the boats depart. Phone and Pay code is 3262, http://www.phoneandpay.co.uk/howitworks. The car park next to the Sandbanks ferry is limited to one hour so not appropriate for a Brownsea Island visit.

From pay and display car parks, follow the pedestrian signage to Poole Quay or Sandbanks.

The Seahorse can transport visitors using wheel chairs, quickly and safely to the island. Pickup location is from the Sandbanks Yacht Company slipway (near Sandbanks Jetty) and its an easy 10 minute journey to the island. The service is tide and weather dependent, so to check out sailing times and prices, please head to the ‘Our Work’ section of our website or call 01202 707744.